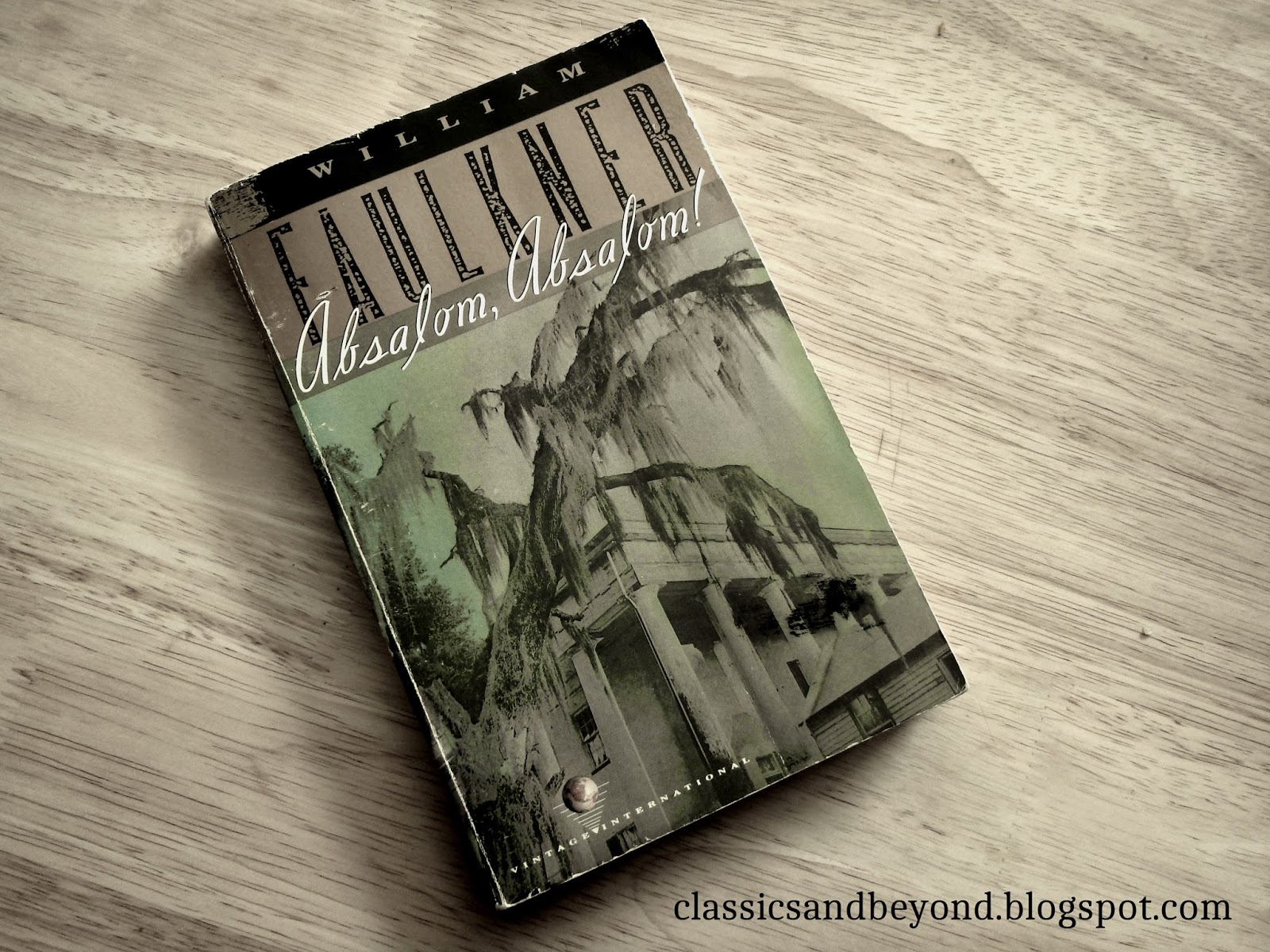 My professor advised us, if we were having trouble getting through Faulkner's prose, to spend some time reading the novel aloud, or to have someone else read it aloud to us. I tried both tactics and they both made me hate Faulkner's style all the more. When my husband read it aloud to me, he couldn't help stumbling over every other word. The vocabulary was far too complex and the sentences were horrifically long, each one introducing several tangents until you couldn't even remember how the sentence began and you had no idea where it was going. I could see how Faulkner was trying to imitate real human speech, but I'm afraid nobody talks that way in real life. Yes, I know these are supposed to be characters who were talking over a hundred years ago, but really, nobody talks that way. And nobody talks that much, either. And nobody makes everything so wearily ambiguous. Every once in a while, when someone talks for an hour, they actually manage to say something. In real life, that is.

I get that Faulkner was trying to make a point about narration and stories and how we interpret the events of the past. But honestly, I never cared about any of the characters, because I never got to truly see any of them. The narrators were all just talking about events in the past; they weren't talking about themselves, or living their actual lives. The characters from the past were about as real to me as cardboard cutouts. The story was so filtered through the narrators that the characters didn't come through, and I couldn't care about them. I really wanted to care about Judith, Sutpen's daughter--but she was the most unreal of them all.

The more Faulkner I read, the more I feel that he has absolutely no concern for his reader. He's up on a high horse and doesn't care how confused, annoyed, or exasperated his readers get--as long as he understands the story, and as long as he believes that his novel is a work of art, then what on earth is there to complain about?

Right about now is when the English major in me steps in, tells me to take a few deep breaths, and reminds me that it's not all bad. I have to grudgingly admit a few things about the novel. First, that Faulkner was a Modernist and he was doing a lot of experimentation with form. Even if he did miss the boat on some things, he was trying a lot of new ways to write, and I generally appreciate experimentation in writing.

Second, he did manage a couple of amazing feats. For one thing, he managed to have four people tell the same story and still keep momentum, even though the big climax of the story was revealed in the first few pages of the novel. He also was able to show many, many different sides to the story through the form that he used, which is unusual in any novel and certainly respectable and interesting. Plus, the ambiguity was really quite lovely. Even when you get to the end of the story, you still can't be sure of the real reasons for why people did the things they did. Not everyone likes ambiguity, but I do.

Finally, I remind myself that just because I don't particularly enjoy the book doesn't mean it's not a beautiful work of art. My impression of it doesn't define it. I can acknowledge that it has value, even if it doesn't have value to me.

That said, I just didn't like Absalom, Absalom!, and I doubt I ever will.

Have you read the book? What did you think?
Posted by Unknown at 1:31 PM