Back to the Classics Challenge 2013

So, I mentioned roughly forever ago that I wanted to join this challenge, and it only recently occurred to me that I never officially signed up. So here we go, officially signing up! 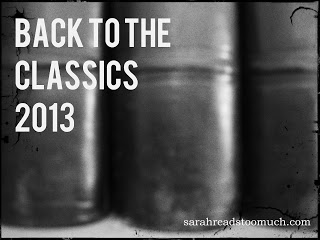 I think this challenge will be a fun way for me to keep up with my Classics Club list this year. Here are the categories:

Categories in red have been completed

I'm excited to get into classics this year!
Posted by Unknown at 11:25 AM

Email ThisBlogThis!Share to TwitterShare to FacebookShare to Pinterest
Labels: Back to the Classics