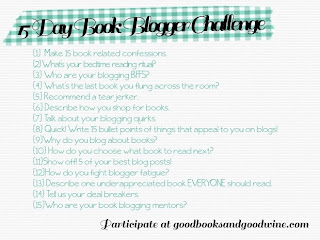 Today's question is, "What's the last book you flung across the room?"

Okay, well, I'm not much of a book-flinging person. (As book lovers, I imagine most of you aren't, either.) There's only one book that I can actually remember flinging across the room.

That book is Atlas Shrugged by Ayn Rand.

That book drove me totally up the wall. I was on board with it for the first, I don't know, 300 pages. I liked the strong female lead, Dagny Taggart, and I liked where the book was going. I was so engrossed in the mystery of John Gault. And then...it was just downhill from there.

*spoiler alert--if you don't want to read spoilers, skip the next paragraph*

The characters I had originally liked turned out to be robotic, inhuman, and even disgusting. The character most worth admiring (Eddie, anyone? Does anyone even remember him?) had a horrible end. From a literary standpoint, there were far too many characters and they all resembled each other far too much (all the "good guys" thought and talked exactly alike, and all the "bad guys" were stupid, incoherent, and obnoxious). But even worse, most of the characters were not only stupid, they turned out to be lifeless and empty. Rand was so obsessed with her (exceedingly strange) worldview that her characters became a little group of poster children for it. She completely abandoned any attempt at plot and character development in favor of excessively long speeches (that all said essentially the exact same thing).

I felt like this was a betrayal of the entire genre of the novel. What Rand wanted to do was shove her beliefs down her readers' throats, not give us a portrayal of humanity the way she saw it. I can see the elements of genius in this novel, but she could have kept that and still have written a good novel. Rather than adapting the content to the form (and vice versa), Rand appropriated the form for her own personal agenda, and I hated it. So when I finished it...there was a little bit of book flinging.
Posted by Unknown at 1:03 PM