Shakespeare's Macbeth and The Winter's Tale

Over the summer, I took a Shakespeare class, as some of you already know. I kept up pretty well on posting about the various plays we read, but toward the end of the term, the last two plays got a bit lost in the shuffle.

So, I'm going to give you two mini-posts on each of them: Macbeth and The Winter's Tale. 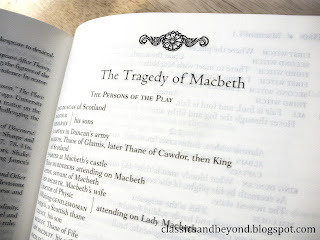 I have always loved this play, and this time around was no exception. Intrigue! Murder! Madness! (Destiny of the Republic?) Not only is it an enthralling play to watch and read, there are so many questions it raises. Are we slaves to fate? Do we decide our own destiny? Do Macbeth and Lady Macbeth really love each other, and does love really conquer all? (In this case, it would seem it doesn't.) I love these juicy questions in a Shakespeare play.

When I first saw this play, it really just didn't do it for me. It was kind of confusing and the jokes seemed irrelevant, goofy, and weak. I didn't know whom to like and half the time, I wasn't even sure what was going on. 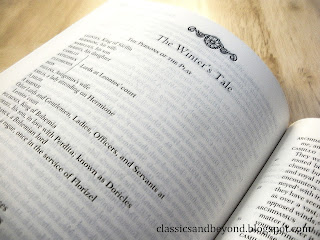 Maybe it's just because I'm a modern audience, but this play still seemed contrived to me. Of course, every Shakespeare play has its unbelievable qualities, but in this case it just got to be too much in some ways.

This time around, I had the same issues I've always had with this play, but I finally saw its best quality: Hermione. She is one of the most independent, strong, and beautiful female characters in all the Shakespeare plays I've ever read. I devoured her speeches like they were Swiss chocolate.

The rest of the characters, though, were either yawn-worthy or annoying (or both). As wonderful as Hermione is, the jury is still out on whether she can redeem the play, for me.

What do you think?
Posted by Unknown at 7:30 PM