The Library Books Readathon has been going great so far! 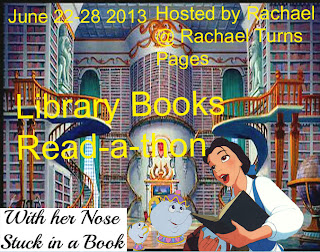 I made some good headway on Friday, then on Saturday morning I finished The Happiness Project. I spent the rest of the day generally avoiding the Fitzgerald books, since prior to that I had only been reading snippets at a time, and after The Happiness Project (a very quick and easy read), I wasn't sure I could handle that much wit, sarcasm, and irony all in one sitting.

But on Sunday, I finally got into them. I'm still working on the book of essays, but I easily finished On Writing, a slim little volume of collected quotes. Some were taken from essays I'd already read, so I had an opportunity to see them in and out of context.

On Writing, to be honest, was not quite as delightful as I expected it to be, and I think it's because Fitzgerald is just better in context. When I read the quotes as part of the essays, they were much funnier and more sarcastic; when taken apart, it seems like Fitzgerald is more serious than maybe he would have wanted to be. But then again, this is really a book I should have just kept by my bedside for a while, to pick up and read a few quotes every night; instead, I read it straight through like a novel. (Since it was a library book, I didn't have much other choice.) But there were some gems in it.

I'm still working on Fitzgerald's essays and I've made good progress, but I'm not sure I'll be able to finish them this week, since I also have a ton of school reading to do. I've been reading sonnets for my Shakespeare class, and I need to finish A Midsummer Night's Dream by Friday. Yikes! But thankfully I already know that play pretty well, so it shouldn't be too hard.
Posted by Unknown at 4:07 PM