So I mentioned in my last post that I was excited to do an end-of-year book survey. I've noticed that not everyone loves these, but I love reading them on other people's blog and this is my first chance to do one of my own! 2013 was a great year for reading and I'm excited to look back with this end-of-year survey hosted by Jamie at the Perpetual Page-Turner.

This is a serious toughie--as I think it is for all of us...so yeah, I'm totally breaking it down by genre.
Classic: The Mill on the Floss by George Eliot (still working on that review, by the way...)
Non-classic Fiction: The Paris Wife by Paula McLain
Non-classic Non-Fiction: This one is oddly the hardest to choose, but I think I'll go with Destiny of the Republic by Candice Millard and My Life in France by Julia Child...closely followed by Help, Thanks, Wow by Anne Lamott.

2. Book You Were Excited About & Thought You Were Going To Love More But Didn’t?

Sadly, there seem to be a lot of these on my list... What first jumped to my mind was Bleak House by Charles Dickens, but I don't think that does the book justice since I actually did like it. Probably the biggest disappointment for me was Julie and Julia by Julie Powell.

Happily, there are a lot of these on my list as well. I would probably say Pamela by Samuel Richardson (which was surprisingly interesting) and The Sound and the Fury by William Faulkner (which surprised me simply by being kind of readable and not actually that bad). Oh, and The Old Man and the Sea by Ernest Hemingway (which was surprisingly relevant and thought-provoking for me right now).

That's a tough one because I weirdly don't recommend a lot of books... (I have no idea why not.) I do feel like I encouraged a lot of people to read The Old Man and the Sea, though.

(I'm assuming this means new-to-me author.) Definitely George Eliot. I really hope I get a chance to read more by her soon.

7. Best book that was out of your comfort zone or was a new genre for you?

I really only read a couple of books that were out of my comfort zone. One was The Sound of the Fury by William Faulkner, which I already mentioned was a somewhat pleasant surprise--but not that pleasant. (Mostly, I'm just happy to say I've read it.) I think the best answer to this question is October Sky by Homer Hickam (which I never posted about on the blog, but I'm more than happy to talk about it now.) I read this book with my husband because it was one of his favorite books as a teenager, and I agreed to read it together because I would read just about anything if it meant I could get him to read! It's not the sort of book I would normally read (a YA book about a boy building rockets with his buddies) but it turned out to be a really great read.

Definitely Destiny of the Republic. You wouldn't think it would be "unputdownable," but it totally was!

To be honest, I doubt I will be re-reading any of them, simply because I have a lot of school reading ahead of me and a whole pile of new-to-me books I can't wait to read. (Plus, I don't generally re-read a book within the same year I first read it.) But if I had to choose one to read again, it would probably be Versailles: The Biography of a Palace by Tony Spawforth. It was jam-packed with fascinating information and I feel like I've forgotten most of it, so it would be nice to read it again. 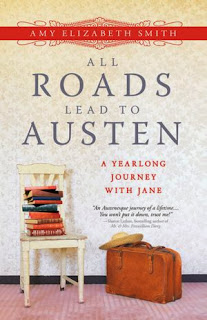 I fell in love with this cover the instant I picked up the book in the library.

Maggie Tulliver from The Mill on the Floss. So real and so flawed, yet so lovable.

Oh, that one is hard. The Mill on the Floss, or A Room with a View, or Help, Thanks, Wow, or Breakfast at Tiffany's, or Hamlet, or Night by Elie Wiesel. Okay, sorry, but I can't choose between those.

I know I can't stop talking about The Mill on the Floss, but this one really hit home for me. It made me really think about a lot of life questions and reconsider the way I view others. And the way I view literature in general, for that matter.

That would be The 5 Love Languages by Gary Chapman. I've talked about love languages for years and only just had the opportunity to read the book. I'm really glad I did because it gave me a better handle on the concept and motivated me to apply it in my life more.

Er...I don't have one. I hate even saying that just because I know there were a lot of really delicious quotes in the books I read in 2013. Truth is, I would never be able to find them, because I just don't keep track of those things. I'm not really a quote person. (Even though I sort of wish I were.)

17. Book That Had A Scene In It That Had You Reeling And Dying To Talk To Somebody About It? (a WTF moment, an epic revelation, a steamy kiss, etc. etc.) Be careful of spoilers!

Hmmm... I can't think of a particular scene, but Destiny of the Republic left me excited to discuss it with my family. (It might just have been because I was anticipating the discussion, though.)

18. Favorite Relationship From A Book You Read In 2013 (be it romantic, friendship, etc).

19. Favorite Book You Read in 2013 From An Author You’ve Read Previously

I really liked My Lost City: Personal Essays by F. Scott Fitzgerald. I got to see another side to Fitzgerald that I totally loved. I also really liked Northanger Abbey by Jane Austen, a really lighthearted and underrated Austen.

20. Best Book You Read In 2013 That You Read Based SOLELY On A Recommendation From Somebody Else:

The Paris Wife. I don't remember any specific person recommending it to me, but it was going around the blogosphere and seemed interesting. I wouldn't have picked it up if it weren't for the recommendations of other bloggers, and I'm really glad I did.

Non-fiction, actually (though I haven't written about them all here on the blog).

Hrm. I'm not really one for fictional crushes. I can't think of any.

I didn't read any, unfortunately!

I loved the "world" (the 1920s) of The Paris Wife. I also really loved the metaphors in The Mill on the Floss and Help, Thanks, Wow (although I don't think that's what the question was referring to...).

There were a lot of fun books! I'll just say Make the Bread, Buy the Butter by Jennifer Reese. It was a cookbook (yes, I think reading cookbooks is fun, doesn't everyone?), and Reese had a lot of hilarious and relatable introductions to her recipes. I actually read the whole thing through like a novel, it was that much fun. All Roads Lead to Austen was also really fun.

I don't really cry when I read, but I probably got close with The Mill on the Floss.

27. Book You Read in 2013 That You Think Got Overlooked This Year Or When It Came Out?

This doesn't exactly answer the question, but I think Northanger Abbey is the most underrated book I read in 2013. People don't seem to talk about it as much as they do other Austen novels, but I thought it was at least as good as the others (and probably a lot funnier).

I discovered a lot of new book blogs in 2013, of course, since I was still in the first few months of book blogging. One that I discovered a little more recently would be Classical Carousel by Cleopatra. I'm so glad I found her blog!

Hmm, interesting question. I haven't gone back and looked at them all or anything, but I think I would choose my review of A Room with a View. I just really enjoyed writing that one.

3. Best discussion you had on your blog?

Definitely the discussion of Why I Don't Like Science Fiction and Fantasy. Many of you had really great thoughts and set me on the right track to finding good SF/F. I keep going back to that discussion to see what you recommended! That discussion changed my paradigm. I also really enjoyed our discussion of Is it okay to be a snob?, which was written partly because of what I learned from the SF/F discussion.

4. Most thought-provoking review or discussion you read on somebody else’s blog?

I could think of a couple different ones that I liked, but couldn't remember who started them! I should probably pay more attention. All I have to say is, you all have great blogs and I love reading what you have to say.

I really loved doing readathons this year, especially Bout of Books. (Which is coming up again!)

Larry W. Phillips, the editor of Fitzgerald On Writing, commented on my post about the book! I was pretty excited!

7. Most Popular Post This Year On Your Blog (whether it be by comments or views)?

Why I Don't Like Science Fiction and Fantasy. I was thrilled with the response I got to a subject I didn't realize people were so interested in talking about!

Hmm, I don't know. I actually have been really happy with the responses I've had to my blog so far. I certainly wasn't expecting people to be so willing to comment when I created this blog. I love all comments, but I don't really have an expectation of getting them. (Maybe I should be more confident...?)

Good question...I guess I'll say Goodreads, although I was part of Goodreads before 2013. This year I discovered a lot more of what Goodreads had to offer, though.

10.  Did you complete any reading challenges or goals that you had set for yourself at the beginning of this year?

I actually did have some! Hah! They were kind of silly/vague since I didn't really think about them that much, but here they are:
1. Read at least 50 books. --Didn't quite make this goal. Close, though. 2. Don't neglect the classics! I'm hoping to read at least 5 classics (it had BETTER be more, though). --I definitely did this! I read a lot of classics in 2013. 3. Blog about the books I read! --Done! The only books I didn't blog about were ones I just didn't really want to talk about or didn't think would be interesting on the blog. 4. Don't read JUST classics. Read more recent/just-for-fun books. --Did that too!5. Read non-fiction! And a lot of it! --I read more non-fiction than any other genre!

Hmm, I don't know? I didn't really have a list of books I was going to read in 2013. I was going to say A Study in Scarlet (first Sherlock Holmes novel), but I actually finished it today, so I guess I really did make it a priority, hah!

I am really excited to read The Signature of All Things by Elizabeth Gilbert. Hopefully I'll be able to get it from the library or something soon.

4. Series Ending You Are Most Anticipating in 2014?

5. One Thing You Hope To Accomplish Or Do In Your Reading/Blogging In 2014?

I'm getting my reading and blogging goals together and I'll be sharing them with you soon!

Whew! That took a lot longer than I expected! It was fun to do, though.
Posted by Unknown at 6:49 PM