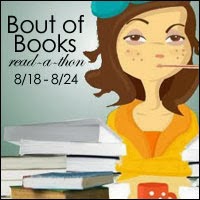 Today's challenge is simple: "Like This, Try This" hosted by Writing My Own Fairy Tale. Basically you just give a recommendation based on a book someone may have already liked, as in: "If you like ____, try ____." I find that a lot of people first get into classics with Jane Austen, but then they become disappointed because other classics aren't so Austen-y. So today I'm going to recommend some classics for Austen lovers who don't know where to turn once they've exhausted the Austen options. Wives and Daughters by Elizabeth Gaskell
Okay, part of my jumping to recommend this is because I just finished it, and I loved it and I just needed to recommend it. Hah. But in reality, Gaskell is a wonderful first place to go after Austen. Wives and Daughters, like Austen's novels, focuses on the life of a little family who doesn't always get along, with some members who aren't very smart or very kind, with two daughters whom are considered by the community as fodder for marriage. And it examines social norms and the role of women in society. Just like Austen!

Gone with the Wind by Margaret Mitchell
Like Austen, this novel follows a young woman as she makes decisions about marriage, family, and friends, and as she tries to fit into the community and achieve her goals in a changing world. Unlike Austen, the main character is quite selfish and the story is set during the most brutal war in American history. So, diversity, guys! Evelina by Frances Burney
Now here's a more obscure classic you may not have heard of. Frances Burney wrote Evelina right around the time Austen was writing, and out of these three recommendations, it's the one with a plot most similar to Austen's--young girl with an unfortunate history who means well but keeps getting into bad situations, meeting various men who may want to take advantage of her or may sincerely care about her, etc. (And more examining of social norms and the female role in society, yay!) This one is a little darker than Austen, though, with some characters and events that are just downright wrong (not to mention strange).

So! There are my recommendations for the Austen lover. I like this challenge!

Reading update: I finished The Da Vinci Code today, and then I got caught up in other things so I didn't do any more reading. This is turning out to be a pretty laid-back readathon for me, but that's okay. I think I can still achieve my goals! (Or at least I'll be well on my way.)
Posted by Unknown at 10:07 AM